Lillian.
The end of this life, starts when she was sent to fetch water from the well but decided to gather from the river instead.
No one fetched from the river as they said it was cursed, but Lillian hadn’t cared for wise tales before, and had no the motivation to travel further to the well.
The story went that the river was cursed by a bitter warlock who had cast an incantation into the river in retaliation of his heartbreak of his secret lover’s death at sea, if he held the power he would have cursed the entire ocean, but he was limited and from that day on whoever entered the water would be paralysed while their flesh was slowly stripped from their body, sinking into the depths below.
She was from then on destined to spend a hollow afterlife in the shallow waters of what is now known as the river of bones. If you go down to the river nowadays, the curse no longer haunts the waters, but is instead haunted by the emaciated ghost of Lillian, if you dip your feet into the water and look beneath your toes, you can still see the feint silver sparkling of her eyes and the ethereal mist of her white dress beneath the water. 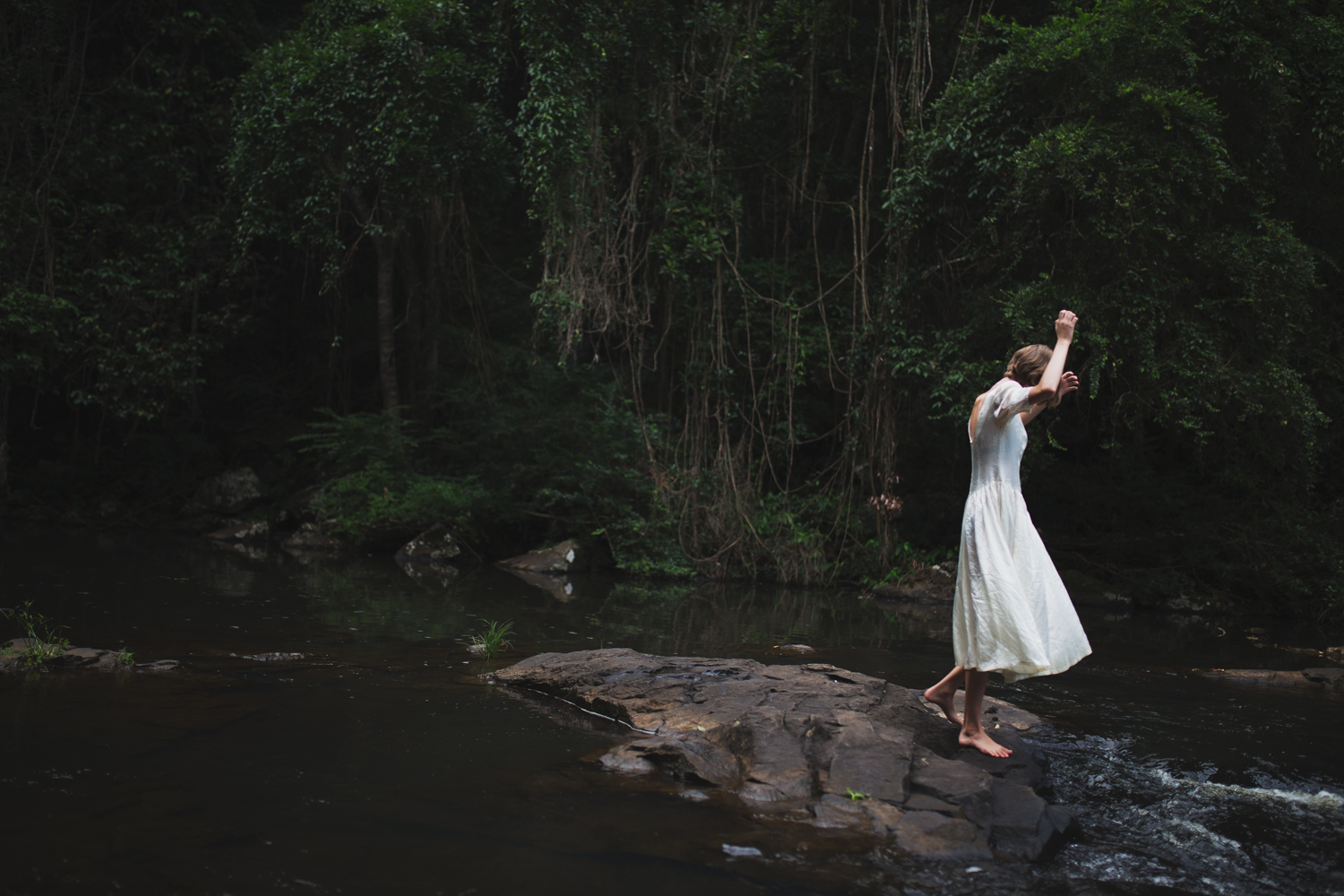 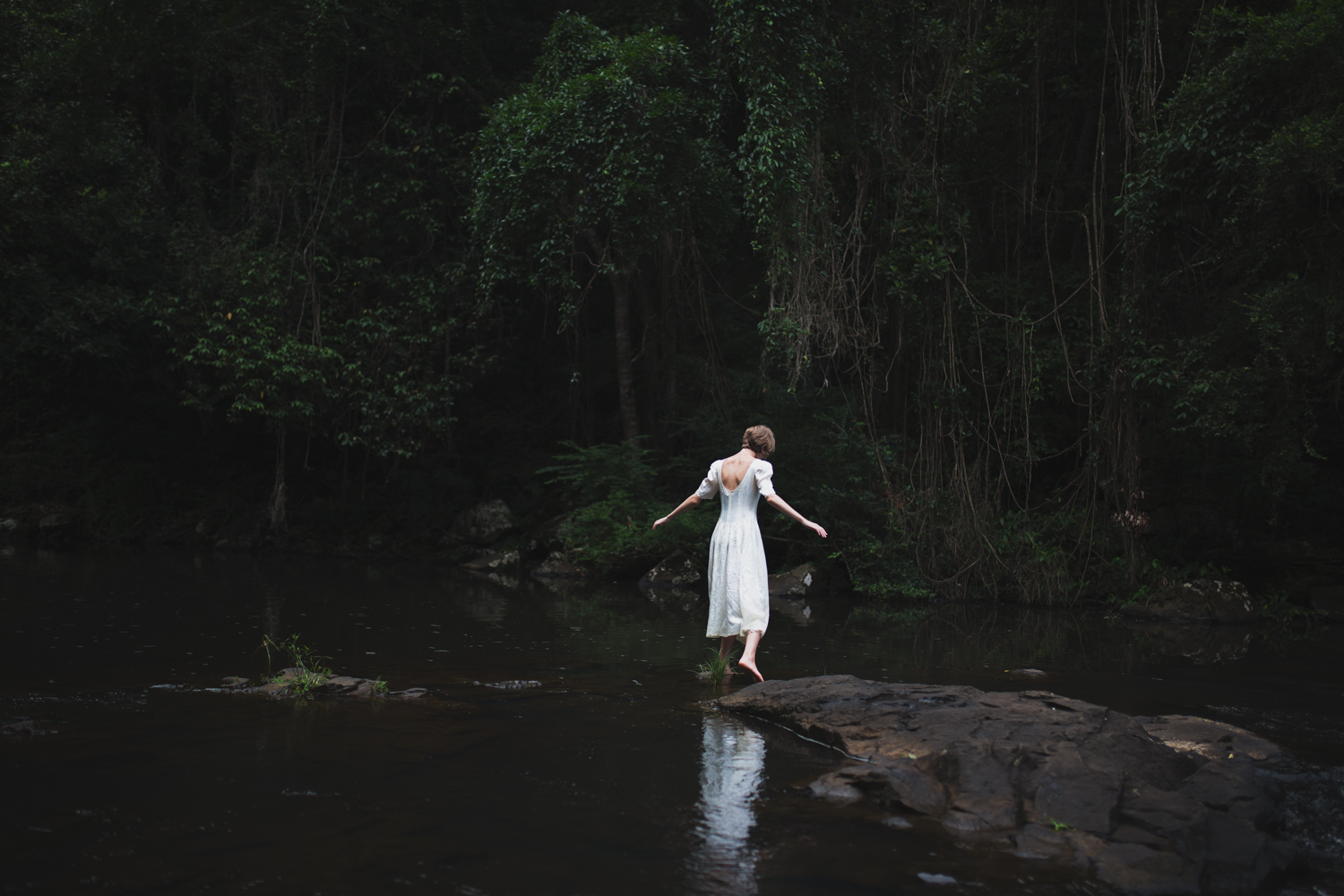 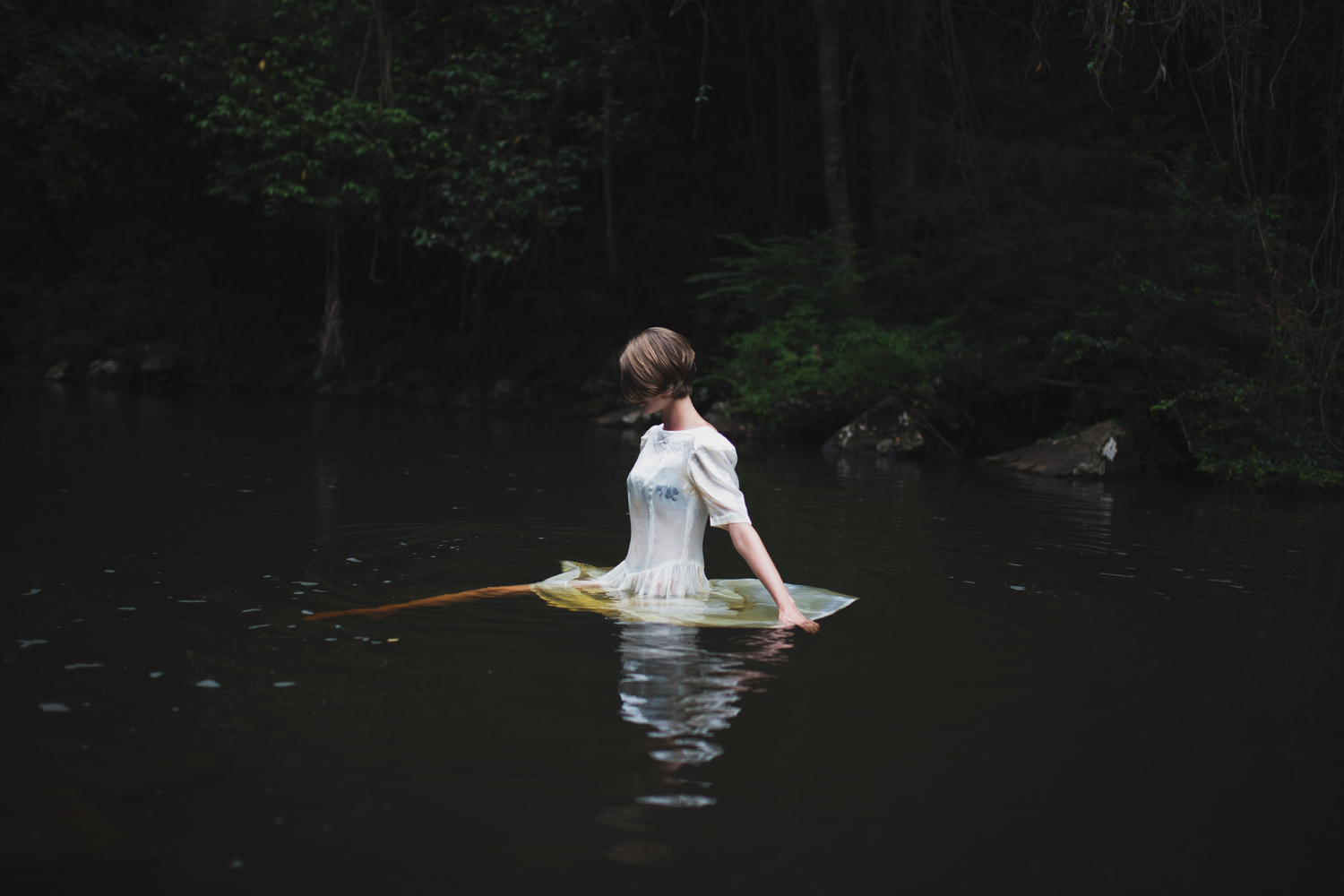 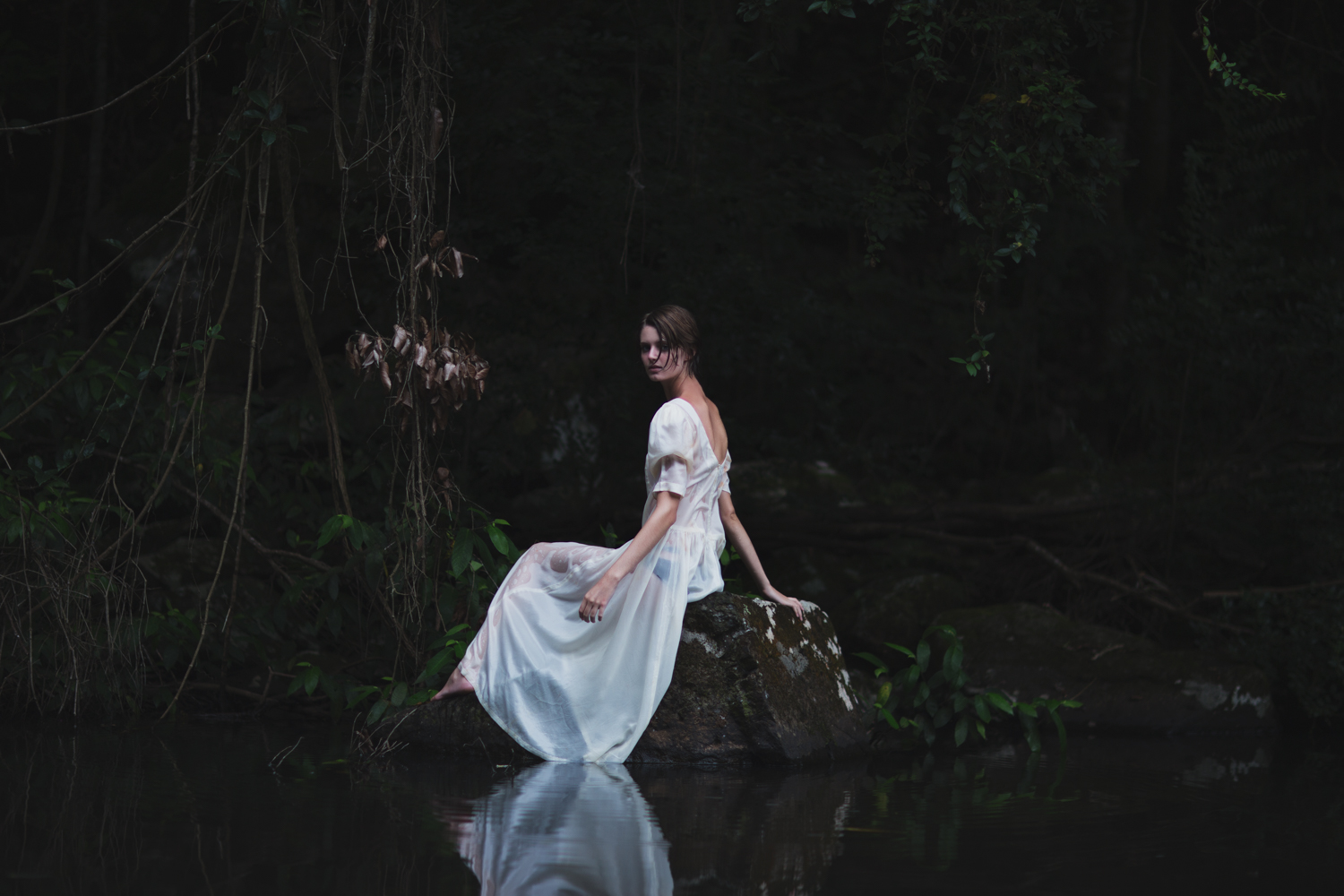 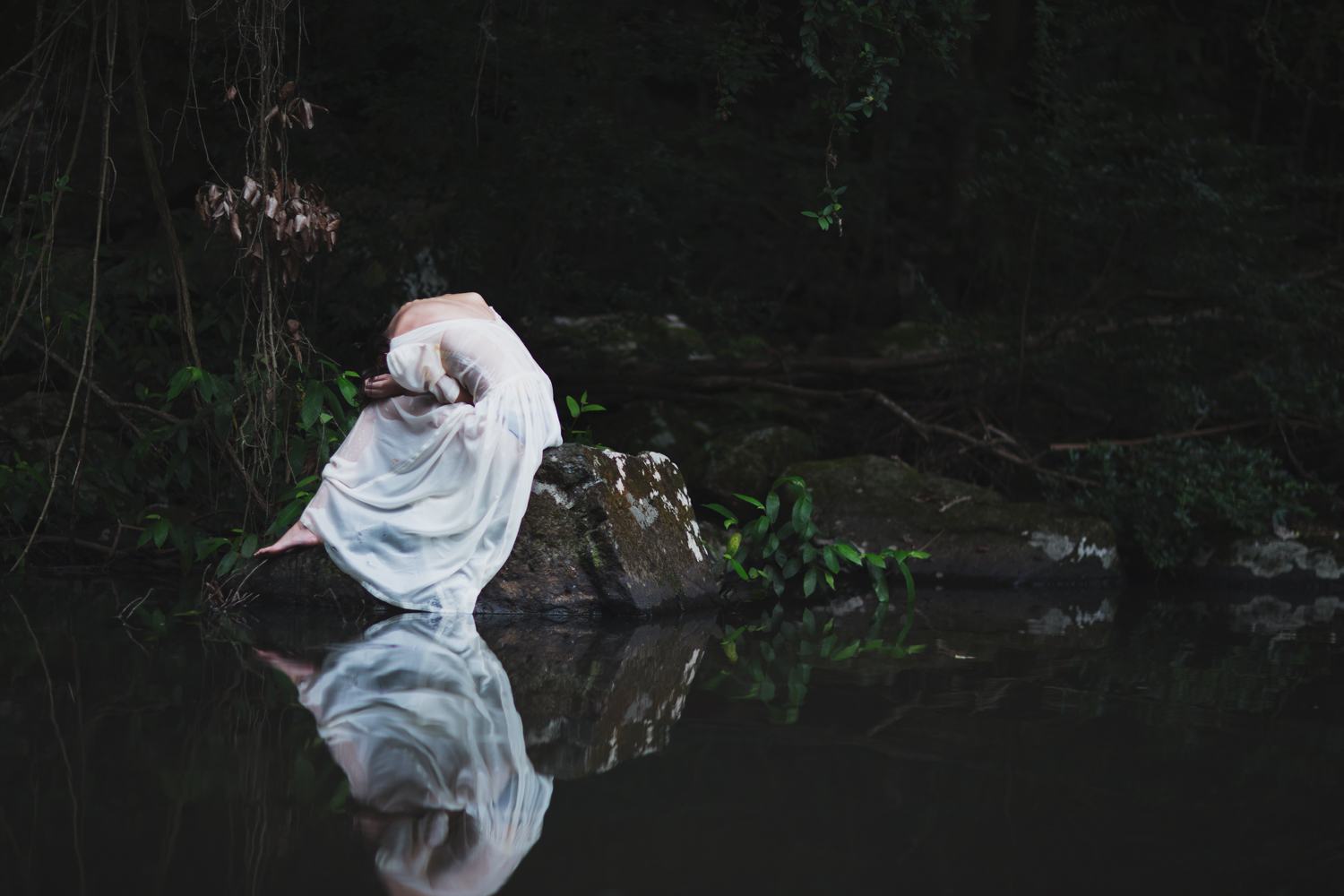 This image was accepted into Photo Vogue 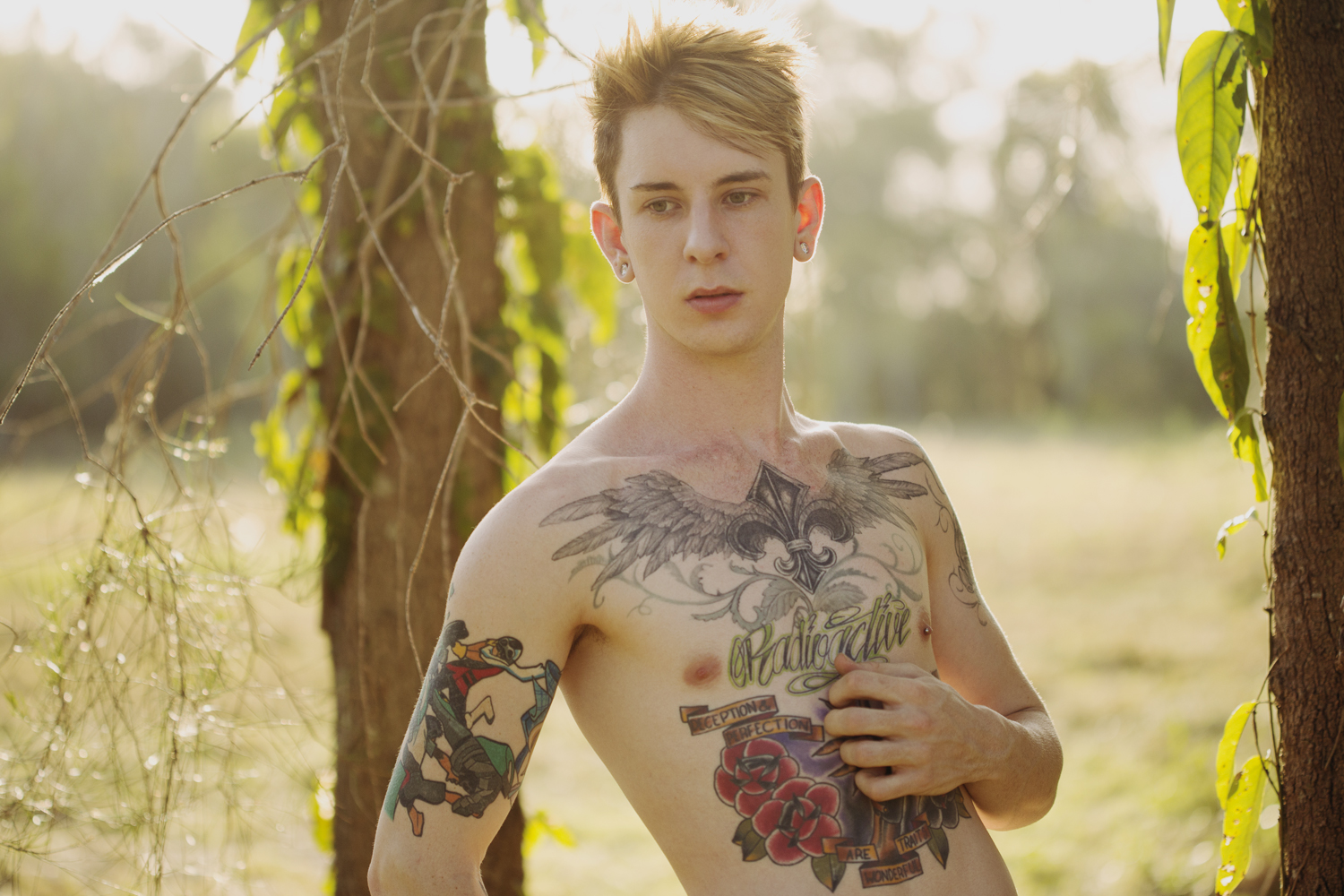