The Coven; is inspired by the personalities and powers of the 4 main young women of the third season of American Horror Story: Coven. These images are stories of the darker side of these women, based on their base abilities. 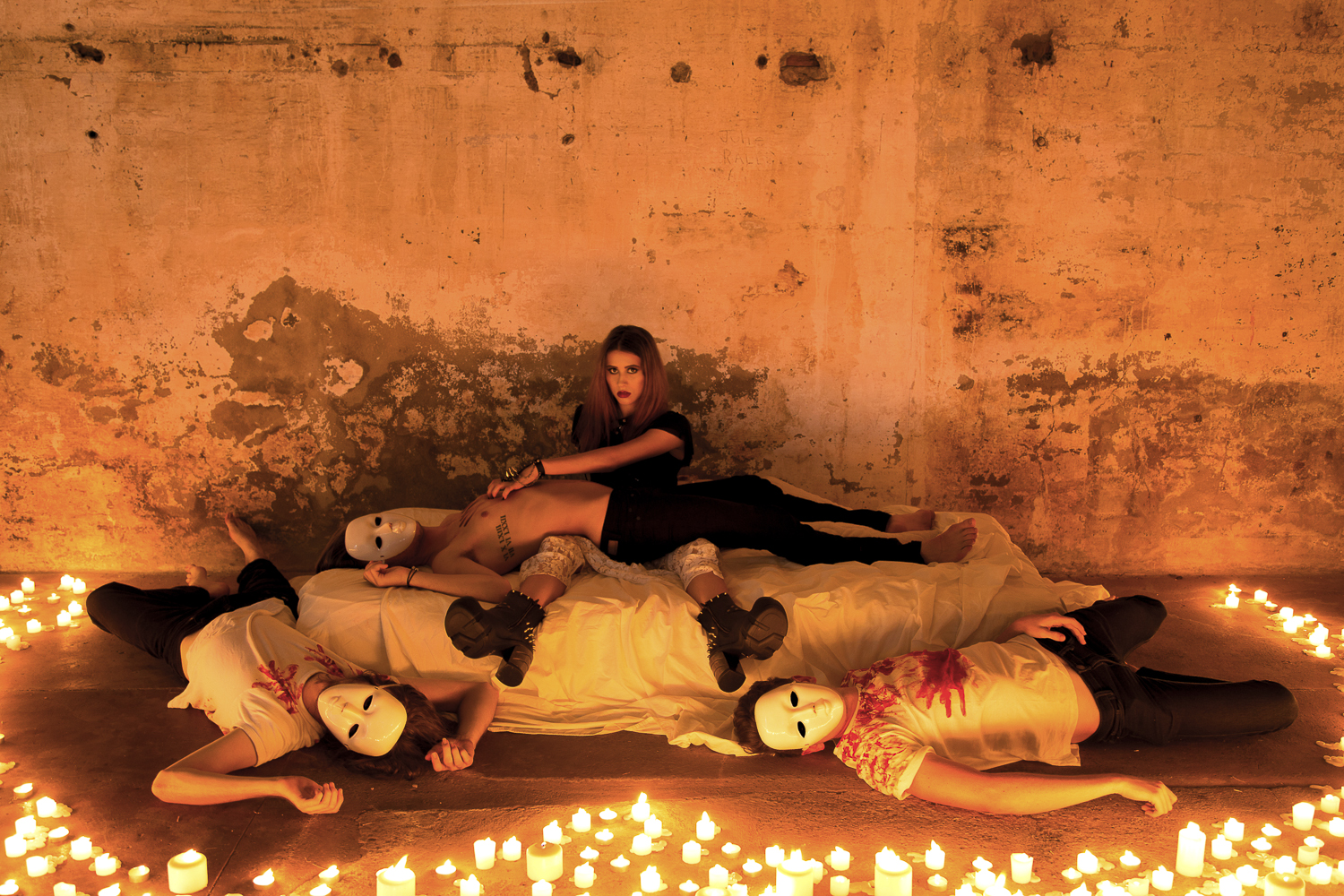 "Homicidal Erotica"
Zoe’s character falls a lot deeper than in the series, due to her ability to cause death by having sex with boys, I found it politely fitting to turn her into a homicidal sex addict, taking her unfortunate talent on college boys with a history of sexual harassment. 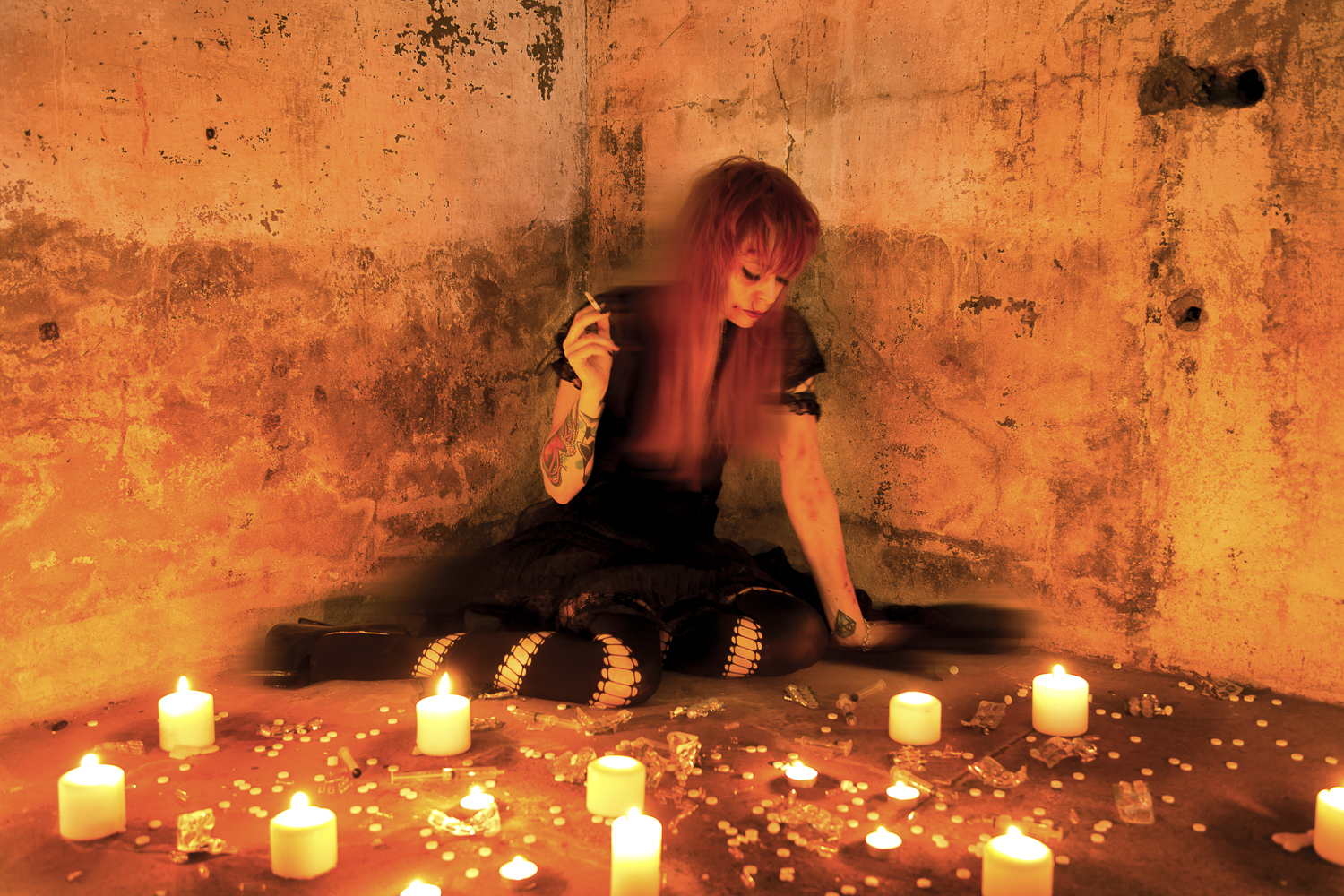 "Downfall"
"This rendition of Maddison’s character is showing the hard fall of a young woman who found herself suffering substance addiction during the chaotic climb to becoming a Hollywood superstar." 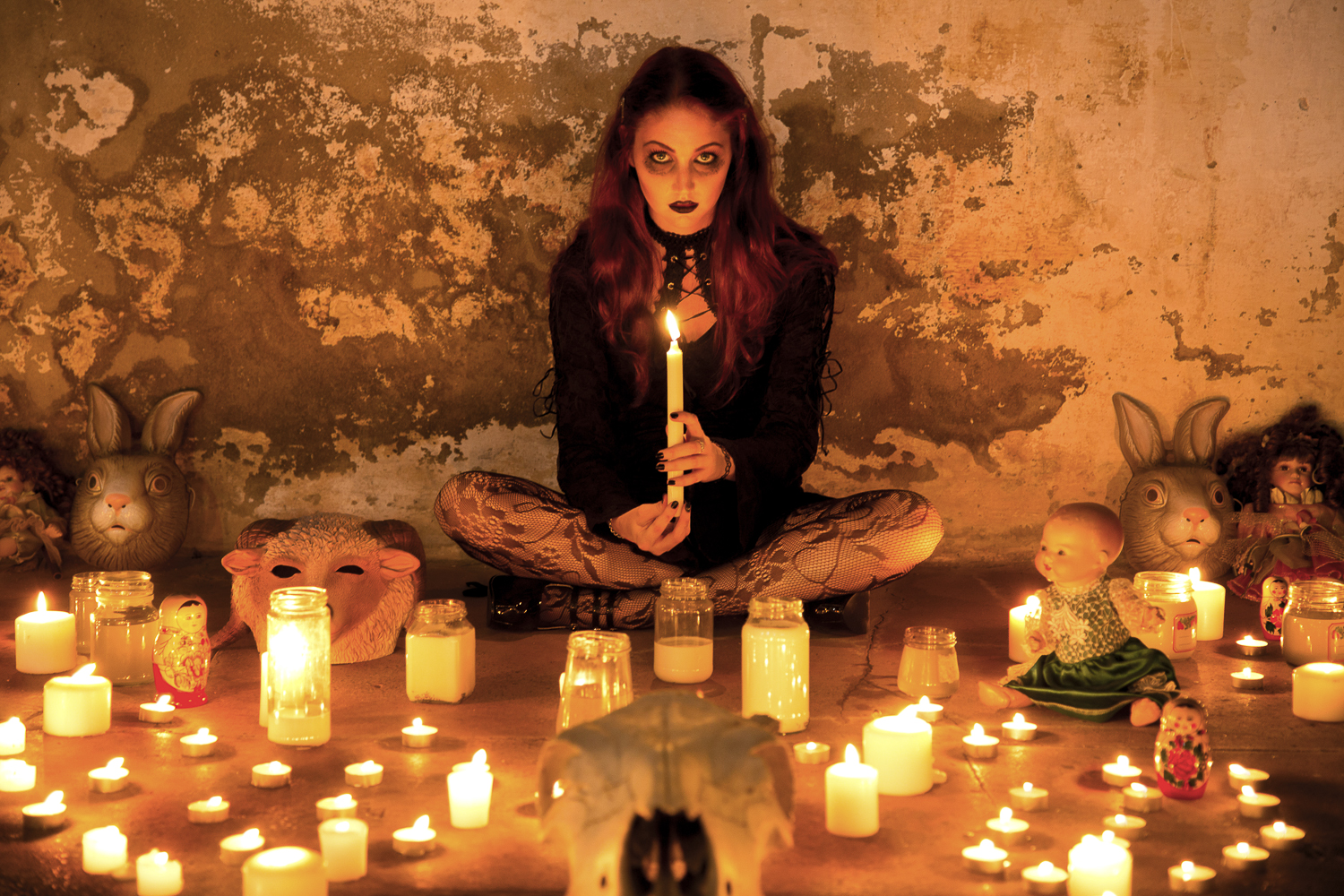 "Unknown control"
"Queenie’s character is transformed into a VooDoo vixen, featuring jars of baby gravy and other items quite un-nerving surrounding her. I wanted to show a calm in this set as the victim on the other side of the voodoo ritual never knows what is coming. " 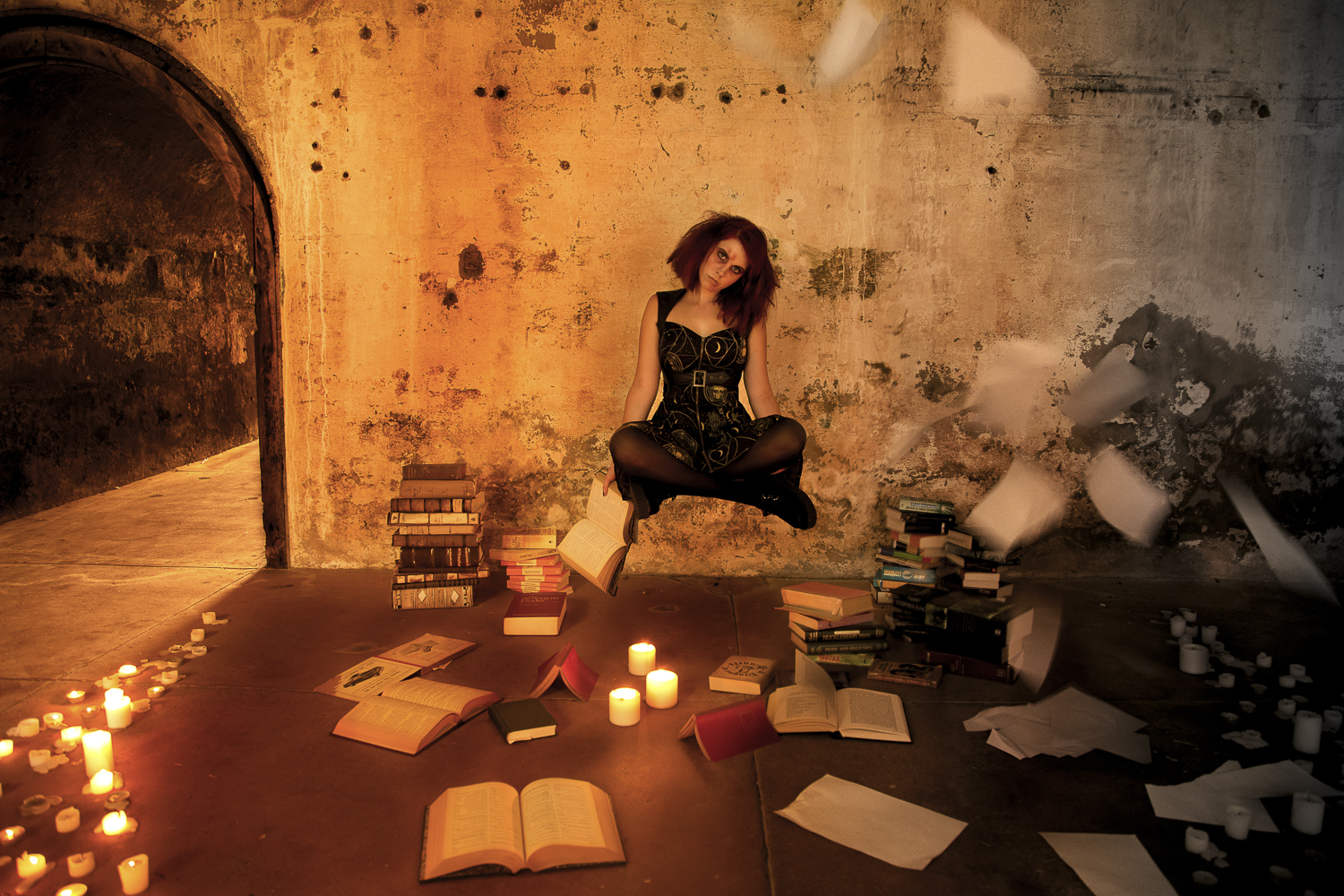 "The voices"
"Nan has the curious ability of being clairvoyant in the series, to tie her character closer to reality, I decided on this character being schizophrenic. In this image the light and dark elements seen opposite each other are there to represent her voices and her never-ending choice between good and evil."